8 Cheapest Luxury Cars You Can Buy

Want a luxury badge without the luxury price? These affordable luxury cars and SUVs are worth a look.

It is a genuine mid-size car with a fair number of standard technology features. Be warned that the base price won’t get you the more daringly styled TLX A-Spec with a V-6 engine and all-wheel drive (and with a torque-vectoring rear axle) pictured here, but rather the standard naturally aspirated 2.4-liter four-cylinder and front-wheel drive—still a decent, fine-driving combination. Available body styles: Sedan, Engines: 206-hp 2.4L inline-four; 290-hp 3.5L V-6, Trunk space: 14 cu. ft.

The A-class is the smallest Mercedes-Benz you can buy, at least next to the relatively obscure two-seat SLC roadster. It also is the cheapest, starting at only $33,495. Unlike Benz’s first experiment with a low-cost sedan for the U.S., the CLA-class, the A-class truly feels like a Mercedes. Only smaller. Available body styles: Sedan, Engines: 188-hp turbo 2.0L inline-four, Trunk/Cargo space: 9 cu. ft.

The QX30 is a fair bit less expensive than the Benz, however, because its base version comes fairly sparsely equipped with cloth upholstery and a lack of posh features such as power seats and navigation. Available body styles: Subcompact crossover, Engines: 208-hp turbo 2.0L inline-four, Trunk/Cargo space: 19 cu. ft.

It might not look so stylish rolling around with its standard steel wheels and unrelentingly boxy body, but it surely is the most practical vehicle on this list. The base Metris is a work-oriented cargo van with rear-wheel drive and a turbocharged 2.0-liter four-cylinder. Available body styles: Van, Engines: 208-hp turbo 2.0L inline-four, Cargo space: 38 cu. ft. (passenger van), 183–199 cu. ft. (cargo van)

The compact ILX’s new base price sits just under $27,000, placing it at the top of this list as the least expensive luxury-branded vehicle on sale in the U.S. The ILX, gains significant visual tweaks for 2019 that, counter to industry norms, coincide with a significant price reduction. Available body styles: Sedan, Engines: 201-hp 2.4L inline-four, Trunk space: 12 cu. ft.

How To Remove Hard Water Stains From Car Windows

We all buy cars and feel so proud and accomplished, irrespective of whether it is a regular car or a luxury one. We put… Read More »How To Remove Hard Water Stains From Car Windows 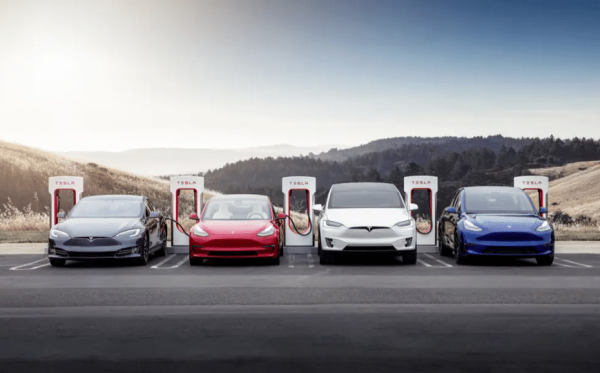 Why You Should Buy A Tesla

The automobile industry has grown exponentially since the beginning of its foundation. Earlier, people built cars only to fulfill their primary purpose, taking the… Read More »Why You Should Buy A Tesla

Robots prove valuable, which is terrible for humans, as robots are replacing humans in many sectors. This is not only limited to stationery machines… Read More »Self Driving Cars Struggle To Stop Crashes